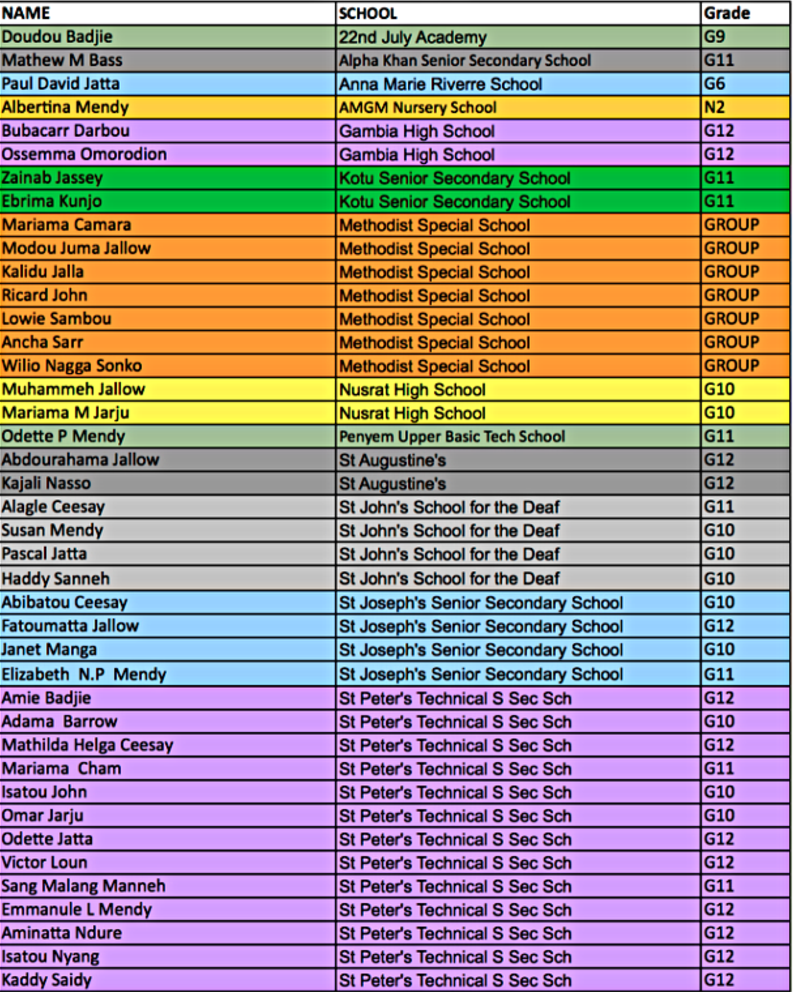 The GCPA-DC Scholarship Program is the framework of the organization’s vision to be a catalyst for change by sponsoring and promoting educational excellence through scholarships, literacy programs, and skills development in The Gambia. The primary goal is to provide scholarships to Gambian children who have not had smooth paths to education due to financial constraints.

The inception of this program in 2008 came about through the wisdom of Michael J. Cleary, the Roman Catholic Bishop Emeritus of the Diocese of Banjul, The Gambia, a former educationist and Principal of St. Augustine’s High School who dedicated part of his life to academic excellence combined with sports and who always believed that the best way to impact ones’ life was through education.

The program is managed by Michael Goddard and the selection and evaluation processes are administered by our trusted partners, Janet Daniels and Nfamara Saidykhan of the Archdeacon Matthias George Memorial Charity Trust (AMGMST), a registered British charity operating in The Gambia, West Africa. At a nominal fee, the services of AMGMST are procured to prevent nepotism and conflict of interest in identifying the scholarship recipients. Stringent criteria are employed in the selection and evaluation of the scholarship recipients based on academic performance and need. Academic progress reports are provided to GCPA-DC at the end of every school year.

Numbers of GCPA-DC Scholarships awarded per academic year are: